Years ago I caught two episodes of Lost on TV and thought it might be a series I’d enjoy. Only it was aired too late for me, so I gave up. A while ago I discovered Sarah Clarke Stuart’s book Literary Lost, which analyses the use of works of fiction in the series. Those familiar with Lost probably know that far over 70 books are used, mentioned, discussed, and alluded to in the series.

Some of the most important books which are used repeatedly are the following: Heart of Darkness, Alice’s Adventures in Wonderland, Robinson Crusoe, Watership Down, Moby Dick, Lord of the Flies, Our Mutual Friend, Of Mice and Men, A Wrinkle in Time, Ulysses, The Odyssey, The Wonderful Wizard of Oz, The Stand.

Some books that are equally important but not mentioned as often are: The Brothers Karamazov, Slaughterhouse Five, The Third Policeman, The Invention of Morel, Everything That Rises Must Converge.

The Crying of Lot 49 is never mentioned but it’s narrative plays an important role for those trying to understand the end of Lost.

After I started reading the book, I finally also started to watch the series. I must say, looking at it from a literary perspective makes for really exciting watching. With the exception of Adolfo Bioy Casares The Invention of Morel, I think I own almost all the books that are important in the show and have read many. Just last week I finished The Wonderful Wizard of Oz.

Sarah Clarke Stuart writes in Literary Lost that the series’ use of books was so influential that it has turned non-readers into readers, rekindled the interest of some who stopped reading, and has even led to higher sales for some books like Flann O’ Brien’s The Third Policeman.

Lost has also led to special book clubs in which people don’t only discuss the series but the books that are featured. It’s not surprising that there were challenges to read all of the titles.

Sarah Clarke Stuart’s book does more than just add another layer to the viewing experience. It shows that some TV series can offer more than pure escapism and are exciting narratives in their own right. She shows that Lost is a great example of a neo-baroque series:

In the case of Lost’s hyperconscious literary references, “nostalgic reverence” is usually the motive. The on-screen appearance of a book suggests certain themes, while paying homage to that particular work. Furthering the postmodern understanding of Lost, more than one academic observer has identified the “neo-baroque” qualities of the show, using the model that Angela Ndalianis provides in her book Neo-Baroque Aesthetics and Contemporary Entertainment. Intertextuality is a central prong of her neo-baroque construct; she explains that a text’s allusions create “folds” and “labyrinthine” impression. Neo-baroque narratives draw the audience into potentially infinite or at least multiple directions that rhythmycally recall what Focillon labels the “system of the labyrinth”.

Of course there are similar books on other TV series. I’ve got one dedicated to Six Feet Under (Reading Six Feet Under – TV to Die For) and at least half a dozen who study Buffy the Vampire Slayer and one or the other focussing on Veronica Mars.

I know this is a bit of a disjointed post, but I just wanted to share my enthusiasm for the series and the book. I was hoping that someone might be tempted to watch/re-watch Lost and that we might be able to discuss some of the topics and books. Or that those who love the series but were not aware of Literary Lost might pick it up.

I was wondering if anyone has read Bioy Casares The Invention of Morel. It’s the book mentioned in the series I’m most tempted to read at the moment.

Have you watched the series? Did it make you pick up some books? 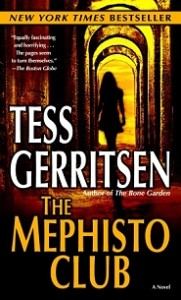 I’ve read Tess Gerritsen’s The Surgeon pre-blogging. It was an OK read, although looking back I can’t remember all that much. This summer I discovered Rizzoli & Isles, the TV series based on Gerritsen’s books. I really love that series, but the whole time I was wondering whether I’d simply not paid any attention while reading The Surgeon or whether books and series were that different. Since I still had The Mephisto Club somewhere on my piles I read it to find out. I must say, they do not have a lot in common. I did recognize some traits of Rizzoli, the detective, but Isles is a completely different character and so are the others. I basically love Rizzoli & Isles because of the friendship between the two protagonists, which is so endearing. None of that is in the books.  They are never together outside of work and there doesn’t seem any special connection between them at all. And all of the humour is missing. While they are two opposite characters in the series, they still have a deep bond, which evolves over time. So, if I want some of that Rizzoli & Isles friendship magic, I’ll have to stick to the TV series.

What about The Mephisto Club? Like The Surgeon, it’s OK, I’d say I even liked it better and I found the idea behind it quite interesting. The book tries to explore one explanation for the existence of evil. While it’s highly speculative, I still found it an oddly compelling idea.

In The Mephisto Club, Detectives Rizzoli and Frost and medical examiner Dr Isles are chasing a serial killer who commits a gruesome murder, leaving symbols and signs at the crime scene. The first murder is soon followed by others and some traces lead to a mysterious club called The Mephisto Club: a group of people who have dedicated their lives to proving the existence of Satan.

The story line that focusses on the law enforcement and the discovery of the crime was quite suspenseful but there are chapters which are written from the point of view of the perpetrator and some from the point of view of someone he hunts. I found that very heavy-handed and thought that this and the prologue gave away the solution. Finding who is the murderer is less important than catching him and avoiding to become the next victim.

I’ve read a few crime novels this year and while this was a quick read, it’s not one of my favourites and I’ll pick up another author next. I’m really looking forward to the next season of Rizzoli & Isles though. It is a crime series but unlike most others, it dedicates at least 40% of every episode to stories about the lives of the main characters. It’s also nice that for once the central team is composed of two women and not like in so many others (Bones, The Mentalist, Castle) of a woman/man duo. 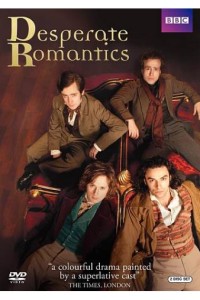 Do you know this feeling, you love something so much you don’t even want to watch or read the last bit to make it last? And then, because you like it too much, you rush through it and then… It is over. That is how I felt with Desperate Romantics. I think this is the best mini-series I have ever seen. It had everything I like. Art, 19 century London, dark alleys, pre-technology, beautiful interiors, idealism, eccentrics, intellectuals, beauty, passion, tragedy… I admire the work of the Pre-Raphaelites. I do love their paintings. John Millais´ Ophelia has haunted me since I can think (yes, I know Reviving Ophelia…). 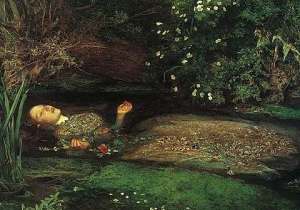 The series starts way before Dante Gabriel Rossetti, who is the leader of the Pre-Raphaelite brotherhood, has come to any fame. Hunt and Millais are the famous ones. Especially Millais. But Millais hasn’t painted his Ophelia yet so his greatest achievement is still to come.

One day a young journalist, knowing that the brotherhood is always on the look-out for models, sees the young  and beautiful Elizabeth Siddal in a shop. He tells the brotherhood about her and from the moment they lay eyes on her, all their fates will change for ever. Lizzie will become the Pre-Raphaelites´most famous model, the model for Millais´ Ophelia, she will become Rossetti’s muse and lover and she will become the protegé of John Ruskin the eminent art critic. It was one of her greatest wishes to paint herself and Rossetti teaches her.

Lizzie is a tragic figure. She is desperately in love with Rossetti who is all but faithful. Most models are young and extremely good-looking prostitutes. To be surrounded by them is a temptation for a week man like Rossetti.

Apart from following the story closely, Desperate Romantics captures the atmosphere and translates the intensity of the brotherhood and their life into something that is understandable for us today. These guys rock, as we would say today. I think the score that is very modern but still fitting contributes to make this such great viewing. Even though it is intense and tragic at times, it is also a very funny series. Millais was apparently a great painter but silly and very naive. We also encounter Dickens and learn a lot about the Victorian society. The Pre-Raphaelites were true non-conformists. They were excessive and experimented with drugs and explored alternative lifestyles. A bit like the hippies later.

I liked it so much that I am not even sure if I will watch it again, if you know what I mean.

I will certainly start those two books very soon: 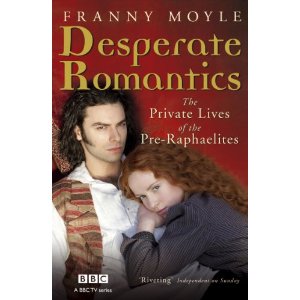 Desperate Romantics by Fanny Moyle and

Lizzie Siddal: The Tragedy of a Pre-Raphaelite Supermodel by Lucinda Hawksley

I few years ago I read  a novel by the French writer Philippe Delerm, Autumn. I´m afraid it has not been translated and that is a shame as it captures the world of the Pre-Raphaelites so well and describes it in a  haunting and very poetical manner.