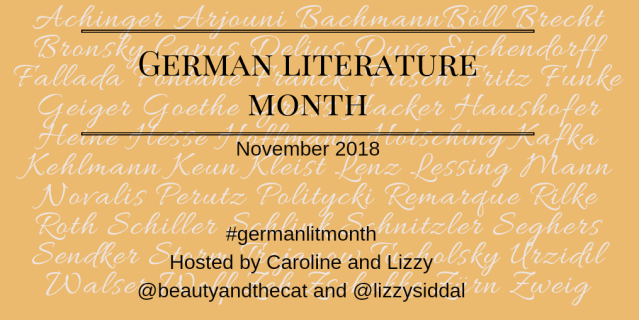 I’ve got a special treat for you this week. I’m giving away one copy of Erhard von Büren’s lovely novel A Long Blue Monday.

The novel portrays, with dry humour, delicate irony and a touch of nostalgia, the lives and feelings of young people in the late 1950s.

“Erhard von Büren pours out memories of love affairs, of family life, of student experiences or incidents from his readings… His style is spiced with waywardness and wit.” – Award of the Canton Solothurn Prize for Literature.

In A Long Blue Monday, the narrator, who is temporarily away from home working on a book about Sherwood Anderson, remembers his unrequited love affair with Claudia, whom he met at college during rehearsals for a play.

How could he, the village lad, the son of a working-class family, aspire to gain the affection of Claudia, a sophisticated town girl, who lives with her wealthy family in a spacious house by the river? Worlds seem to separate the two. But he is convinced that where there’s a will there’s a way. As a young boy, he had tried, by being a model pupil and a model son, to repair his family’s damaged reputation. But now, in spite of all his attempts, his love remains unreciprocated. Finally he decides to take several weeks off college to write a play – a trilogy, no less – to gain Claudia’s esteem.

A Long Blue Monday  is also the readalong title during Swiss Literature week. The discussion takes place on November 28.

The giveaway is open internationally. The winner will be announced on Sunday November 11 2018, around 18:00 Central European time.

Thanks to Erhard von Büren and Helen Wallimann, who translated the book, for offering a copy.