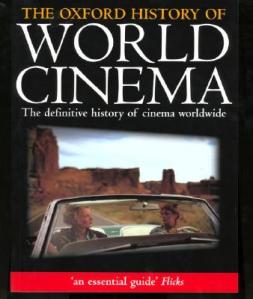 I suppose one could say that the World Cinema Series is back by popular demand. When I posted the wrap up, I realized that there really were quite a lot of contributions and just because I wasn’t highly active, that didn’t mean others were equally inactive.

There were comments and questions about whether or not it would take place again. And so the World Cinema Series is back.

The rules are really simple. The idea is to watch movies from as many different countries as possible. It’s also possible to pick a lot of subtitled movies from one country like some of you have done last year. However in order to make points and win a prize, you would have to cover as many countries a possible.

Like last year, the person who covers the most countries will win a DVD or a 25$ amazon voucher.

I will collect all the reviews on the World Cinema Series 2013 page. Please leave your links there or in this post.

I hope for as many participants as possible and to discover a lot of great movies. And I also hope I will manage to review more than last year myself.

Like last year, Richard from Caravana de recuerdos is hosting a similar event, the Foreign Film Festival. You are free to submit your reviews to both events.

To put you in the mood I attached a trailer of a movie I’d like to watch one of these days.