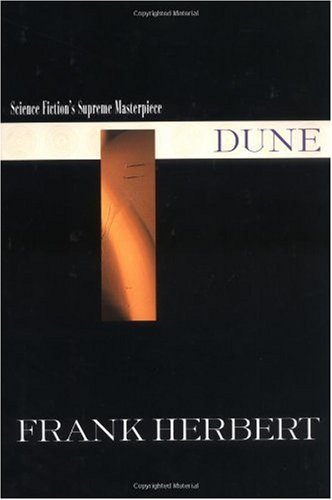 It is Saturday once again and time for the third and last Dune readalong post. I’m so glad I participated despite the initial feeling of “What have I gotten myself into?”. I can still not say, I loved Dune, that would be a lie but I can say I loved the readalong. It was a great experience, the dedication and the discussions were great and I’m looking forward to the next readalong. The readalong is hosted by Carl V from Stainless Steel Droppings,  The Little Red Reviewer and Grace from Books without any Pictures. This weeks questions have been sent by Grace. Here are the other links.

What is your reaction to finally learning the identity of Princess Irulan?  Do you think that her convention added to the story?

I wanted to “meet” her from the beginning and was very intrigued by her character. The parts quoted from her manuals and books stand out style wise. I was not surprised that she was the Emperor’s daughter but saddened about the plans they had for her. She strikes me as too special to be handled like some goods.

Were you satisfied with the ending?  For those reading for the first time, was it what you expected?

I still don’t think it feels like a standalone novel. For me the story is just about to start, I also think that this third part felt rushed. There were some fastworwarding moments that did not feel right to me. Comparing it to the first parts, there were much more things that were just mentioned but we did not see them happen.

On both Arrakis and Salusa Secundus, ecology plays a major role in shaping both characters and the story itself.  Was this convincing?  Do you think that Paul would have gone through with his threat to destroy the spice, knowing what it would mean for Arrakis?

I thought that it was very well done how ecology and characters of the different cultures were interwoven and for me this was the special appeal of Dune. I’m fascinated how surroundings influence and form cultures or how one thing that is meaningful because it is scare in one place, becomes unimportant in another to an extent that it isn’t even appreciated anymore.

There certainly is a possibility that Paul would destroy the spice but I’m sure he will find a solution not to do it. Someone who gets married to a woman for purely political reasons doesn’t strike me as someone who will give up a pricey resource.

Both Leto and Paul made their decisions on marriage for political reasons.  Do you agree with their choices?

This ties back to answer no. 1. I found this quite horrible, horrible for the concubine and, in Paul’s case. also for the future wife and I have also a feeling that this will not work and this is also why I thought the book ended at an awkward moment. I can’t imagine that Paul will use the Princess Irulan purely for breeding or, I hope, she will not let him do that to her.

What was your favorite part in this section of the book?

I enjoyed it when they rode the worms. I was fascinated by these creatures the whole time and thought it showed so well to what extent the Fremen are capable of mastering their hostile surroundings.

One of the things I noticed in the discussions last week was Herbert’s use of the word “jihad.”  What do you think of Herbert’s message about religion and politics?

I said it in the last posts and the discussion that I found the use of the word jihad problematic but I also found the use of the word messiah problematic and I can’t see Paul as a Messiah figure. He has some superior mental faculties but that isn’t enough for me to see a saviour figure in him. What Herbert does, is mix a lot of elements from all sorts of religions, it is a real religious hodgepodge what he offers.  I am not sure what he wants to tell us with this. That all religions are equal? That the elements are interchangeable? The religious world he created has no new elements, that’s for sure. Maybe the most striking is that he created a world in which everything is tied to politics and religion. And politics and religion are once more tied together, something the West has overcome. There is no laicism on Dune, their political system is far from secular which will always be problematic.