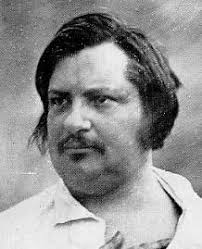 46 thoughts on “On the History of Stefan Zweig’s Balzac”