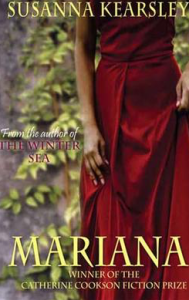 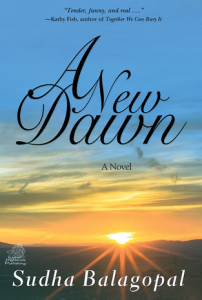 It’s only April but I already have an incredible review backlog from this, and an even greater one from last year. If I wanted to review everything I’ve read, I’d end up publishing three or four times a week. That’s not going to happen. This means it’s time to do a few short reviews.

Margot Livesey was born in Scotland but now lives in the US and teaches at Emerson College. One of her more recent novels, The Flight of Gemma Hardy, a retelling of Jayne Eyre, was very successful. I can’t remember where I heard of Eva Moves the Furniture, but I remember whoever mentioned it was full of praise. I can see why. It’s a lovely book. A blend of historical fiction and magical realism. Think— Pat Barker (or Helen Dunmore) writing a book with Alice Hoffman.

Eva Moves the Furniture tells the story of a life. Eva’s mother dies in childbirth and Eva grows up with her dad and one of his sisters. It’s quite an idyllic childhood, even though Eva has no mother. She has her dad and her aunt and two invisible companions who protect her and keep her company. At times, it seems they might not be as good-natured as Eva believes, but then again they help her when she needs it most. It will take the whole novel for her and the reader to discover their true intentions and figure out their identity.

The story is divided into four distinct parts, which are all equally beautiful. Part I, Ballintyre, tells of Eva’s childhood. It spans the years after WWI until the beginning of WWII. In part II, Eva is a nurse in Glasgow in a hospital for severely wounded soldiers. She falls in love with a doctor who is an expert in reconstructive surgery. Part III is set near Perth, where Eva is a matron at a boys’ school. Part IV, the most mysterious of the four parts, is told in second person. Eva is talking directly to her newborn daughter.

Lovers of historical fiction and those who love magical realism will both enjoy this subtle, enchanting tale.

A New Dawn is Sudha Balagopal’s first novel. She previously published two collections of short stories. We are members of the same writers’ group and so I was familiar with her short stories, which I like very much. When I heard she’d published a novel, I couldn’t wait to read it. Sudha was born and raised in India and now lives in Arizona where she writes and teaches yoga.

A New Dawn tells the story of 49-year-old Usha. She has been a widow for two years and her daughter and friends urge her to start dating again. But dating isn’t an easy thing for Usha—she has never done it before. The story is told in a dual timeline. One part, beginning in 1985, reveals the backstory. Usha’s marriage to Arja was arranged. In 1985, she left her native India and followed him to the US. This part is the story of an emancipation. Usha is a young, inexperienced bride, in a foreign country, married to a dominant, at times bullying man. With fascination she watches how her daughter, born and raised in the US, becomes a very different kind of woman. While her marriage is anything but easy, she’s come to trust and respect her husband. When he dies, it’s a terrible shock. The second timeline, set in 2012, is very much a romance. Usha meets someone who attracts her instantly but her complex past and her doubts make this anything but smooth. She realizes that she’ll have to overcome more than one obstacle before she’ll be able to be with someone new.

I enjoyed A New Dawn especially for its insight into another culture and for its lovely tone. I also loved the setting. I have never been to Arizona, but I feel I know what it must be like in summer. The descriptions are so evocative. Usha is such an endearing character and following her on her journey to find new love, is moving. Although this is a book about another culture it adresses universal, topical questions. How do you move on after loss? And how do you meet someone when you’re over forty? It’s not as easy as it is for younger people. Usha’s choice is the internet, which has become one of the most important means to find a partner.

A New Dawn is a very warm, engaging novel that mixes contemporary literature with romance. My only reservation is a matter of taste. A New Dawn is written in close third person POV. At times, it was a little too close for me. Many readers love to be privy to the thoughts and reasonings of characters. If you’re one of them, you’ll love this.

If you’d like to find out whether this is a book for you, you can read the first chapter of this novel here, where it has been published as a short story.

Many of Sudha’s short stories are available online. You can find them on her website.

Many bloggers love Susanna Kearsley’s books. Since I’m fond of time-slip novels, I was keen on trying one of her books. Mariana was the one that tempted me the most. I got it last year, in summer, and read it pretty much in one sitting. It was a peculiar experience because I didn’t love it at first, but it kept on haunting me. The images, the story, the characters were so vivid, it felt like I’ve read the book yesterday.

What is it about? As a child Julia Beckett falls in love with a house. The connection to the house is strong and it almost feels as if she’s lived there before. When she’s much older she buys Greyweathers and moves in. The house soon becomes a portal to another life, a life set in 17th century England, the time of the Great Plague and the Great Fire of London. (These aren’t the topics of the story, they are just the reasons why it begins). In this other life, Julia is called Mariana and lives a dangerous forbidden love.

I loved the descriptions of the house and its surroundings. I also loved to read about Julia’s life there, the friends she makes. Of course, there’s also a love story. The time-travel bits were captivating too. Unfortunately, there’s a huge twist at the end that was the reason why I didn’t love the book. Not so much because of the twist as such, as because of its psychological implications. I can’t say more or I would spoil the book. Let’s just say, it wasn’t believable. Nonetheless, because this story has stayed so vivid in my mind and I can still remember it almost half a year later, I still recommend it. If you like time-travel books you might enjoy this.