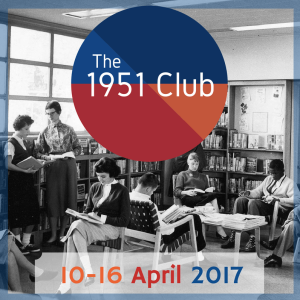 I’m glad that I finally managed to participate in one of Simon and Karen’s reading years series. It wasn’t easy to find a book for 1951, not because there aren’t many but because I already have read so many books published that year. Nonetheless, there were a few left on my piles. Dürrenmatt, Koeppen, and Heimito von Doderer’s Die Strudlhofstiege. The latter is a book I’m really keen on reading but it has almost 1,000 pages. I wasn’t in the mood to read in German, and so I picked Truman Capote’s novella – The Grass Harp. I’m so glad I did. It will probably be on the best of list at the end of the year.

Truman Capote’s novella The Grass Harp is set in 1930 or 40, in a small town in Alabama. It’s loosely inspired by Capote’s own childhood.

After the death of his mother, Collin’s father sends him to live with his two estranged cousins Verena and Dolly. The two elderly women live alone, together with Catherine, an African-American woman who pretends to be of Indian origin. It’s a very colorful household because the three women are, each in their own way, eccentrics. Verena is a formidable, bossy woman, the head of the household and main bread-winner. She’s a shop owner and seems to make a lot of money. Dolly, her older sister, is stuck in her childhood. Her room is painted pink all over, she loves to eat only sweets and her imagination’s always running a little wild. But she’s also entrepreneurial. As a kid, a gypsy woman told her a secret recipe. With the help of Catherine, who is also her best friend, and Collin, she collects herbs, tree barks, roots, and berries, and concocts a potion against dropsy. Catherine, who has no teeth, speaks with the help of cotton balls she’s pushed into the cavities in her mouth. Dolly’s pretty much the only one who can understand her mumbling.

Collin’s childhood is lovely. He spends most of his time with Dolly and Catherine who tell tales and behave just like children. They are often outside, go on long walks, collect things from the forests and the meadows.

Beyond the field begins the darkness of River Wood. It must have been on one of those September days when we were there in the woods gathering roots when Dolly said: Do you hear? that is the grass harp, always telling a story—it knows the stories of all the people on the hill, of all the people who ever lived, and when we are dead, it will tell ours too.

Until Collin is sixteen, nothing really troubles him or the household he lives in. But then Dolly makes much more money with her dropsy cure and Verena thinks she has to take things in her hands. Without asking Dolly, she buys machinery and a building and brings along a man who should help them commercialize the “gypsy cure”. Dolly, who never refuses anything, is shocked. She doesn’t want to sell her recipe. She doesn’t want to give up the only thing she has. In despair she, Catherine, and Collin, flee in the middle of the night and take refuge in a tree house.

The tree house is soon visited and surrounded by friends and enemies. An elderly judge and a young man whom everyone admires and despises alike, move in with them. The sheriff and other notables of the small town want to force them down but they fight valiantly.

This is such a lovely, heartwarming story, and told in such lyrical prose. It’s as beautiful as it is melancholy and sad. It’s a much older Collin who tells this childhood tale and the tone he uses indicates that a lot of the things and people he describes in this story, are long gone.

If some wizard would like to give me a present, let him give me a bottle filled with the voices of that kitchen, the ha ha ha and the fire whispering, a bottle brimming with its buttery sugary smells . . .”

While it is lovely, it has serious undertones. One could say this is a tale of misfits who stand up for their rights. While Verena is an unusual character for the time, a successful business woman, each of the others stand for a minority or group of people that’s not taken seriously. Catherine is an African-American woman who doesn’t let anyone treat her like a servant. Dolly might have what we would call “Special needs” today. Collin is a kid and back then, they mostly had to do as they were told. The judge is retired and with retirement, he’s lost a lot of the respect he used to have. He was a very just judge. A bit too just for the liking of some and now that he’s older, they want to pay him back.

I remember how I surprised I was, years ago, when I read that Harper Lee and Truman Capote had been friends since childhood and that she helped him with his book In Cold Blood. While I haven’t read Breakfast at Tiffany’s, thinking of that novella and other elements of Capote’s life, made me assume he was from New York. I realized then, that I had been mistaken. Reading The Grass Harp, makes it obvious where Capote comes from and, given the close friendship with Harper Lee, it’s not surprising that this slim book has a lot in common with To Kill a Mockingbird. Maybe it inspired Harper Lee. The stories and the writing are different, but there are many similar themes; childhood, friendship, authority, love, justice, money, society, death, outsiders, life in a small town, the South, the role of women and African-Americans . . .

I’m grateful to Karen and Simon because they finally made me discover an author I’ve only known through his short stories and essays so far. What a wonderful, nuanced, and stylish writer. And so quotable.

I’ll leave you with some more of the quotes I liked:

But, ah, the energy we spend hiding from one another, afraid as we are of being identified.

If you are not admired no one will take the trouble to disapprove.

Dreams are the mind of the soul and the secret truth about us.