I didn’t pick the best of days for my trip to Montreux, located on lake Geneva in Switzerland. Still, I’m sure you can see why it’s worth a trip even when the Jazz Festival isn’t on.

Montreux’s promenade along the lake is very famous. It is lush and green, with palm trees, Bougainvillea, Oleander and Rhododendron. At the same time you see snow-covered mountains in the background.

Many of the big houses bordering the promenade are fin de siècle buildings and house hotels and spa’s. All these hotels have what I call a “sanatorium style”, like the hotel in Thomas Mann’s Magic Mountain.

Most people do not know that the old part of the city is high up on the hill. Quite a steep walk but definitely worth it.

Yes, I liked this sign on the house quite a bit.

You can see many picturesque buildings, small alleys, and a breathtaking view into the gorge and of the lake in the distance.

The steep gorge is in the middle of the old town, cutting right into it.  An icy cold mountain brook rushes down to the lake. 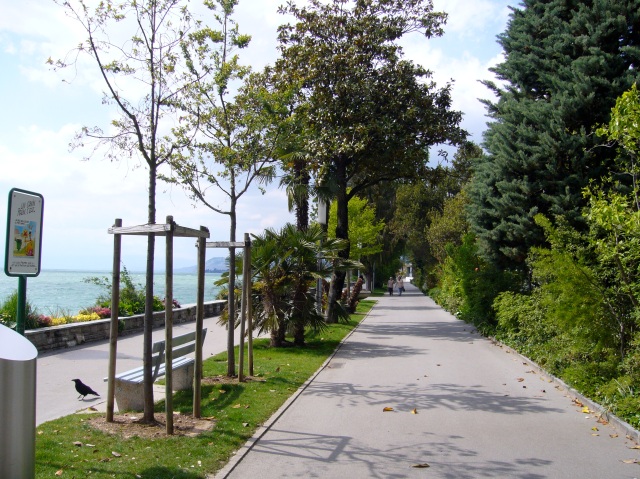 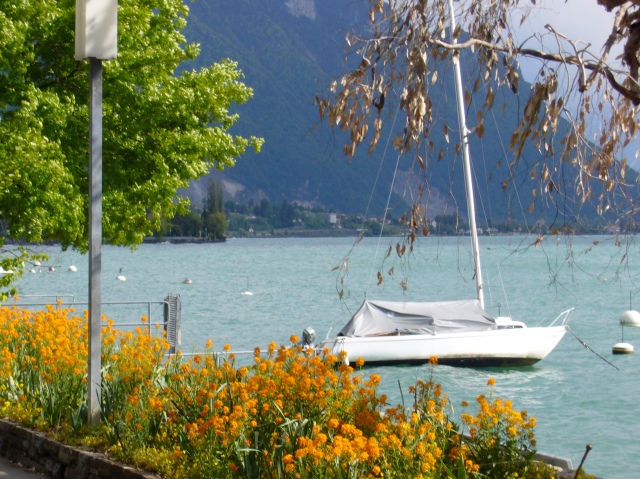 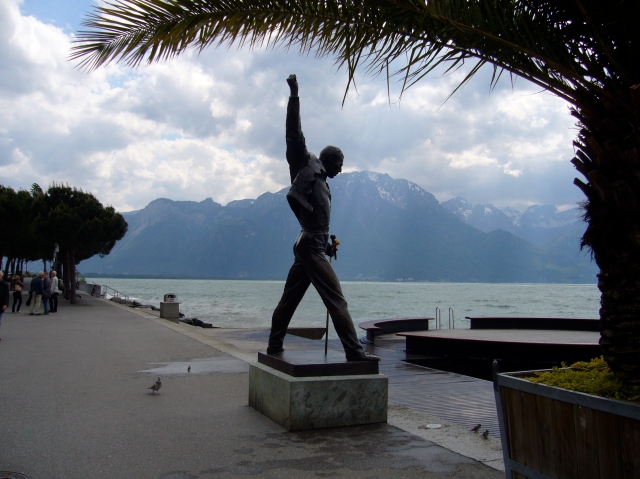 This statue of Freddy Mercury is located close to the Montreux market hall. It’s very lifelike. He used to live in Montreux and performed with the Queen several times at the festival. On his memorial day there is quite a lot going on every year.

Too bad that it was so cold and windy. When it’s sunny it’s nice to sit outside and have a drink.

While this isn’t a town I would like to live in, it’s too picturesque, too perfect – if you know what I mean – I still love to visit.

I felt like visiting Montreux after having watched Hotel du Lac which is set on lake Geneva. The movie is based on Anita Brookner’s eponymous novel. I have never read an Anita Brookner novel so far and would love to start with Hotel du Lac.

Do you have any Anita Brookner suggestions?

And since I was in the French-speaking part of Switzerland I bought a few books. Not all that many though. I’m very interested in Le sel by Jean-Baptiste Del Almo as he is compared to Virginia Woolf. Jean Molla’s Sobibor and Besson’s En l’absence des hommes – In the Absence of Men are the only ones which have been translated. Emma just reviewed Besson’s novel here. Sobibor is a novel in which an anorexic girl tries to find out what horrors lie hidden behind the word “Sobibor” which her Polish grandmother uttered just before her death. 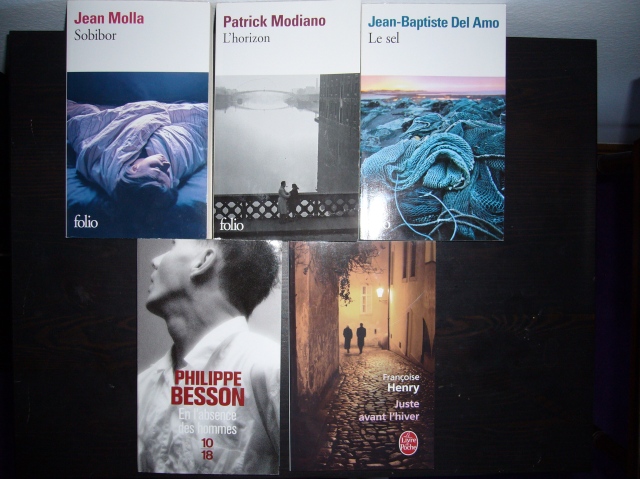