In this remarkable debut, Bauermeister creates a captivating world where the pleasures and particulars of sophisticated food come to mean much more than simple epicurean indulgence. Respected chef and restaurateur Lillian has spent much of her 30-something years in the kitchen, looking for meaning and satisfaction in evocative, delicious combinations of ingredients. Endeavoring to instill that love and know-how in others, Lillian holds a season of Monday evening cooking classes in her restaurant. The novel takes up the story of each of her students, navigating readers through the personal dramas, memories and musings stirred up as the characters handle, slice, chop, blend, smell and taste. Each student’s affecting story—painful transitions, difficult choices—is rendered in vivid prose and woven together with confidence.

I like books about book groups, writing classes, language lessons or knitting clubs as they are essentially books about friendships focusing additionally on a certain topic. They resemble cozy mysteries in which an amateur sleuth, besides solving a crime, introduces us to his craft, hobby or profession. Most of the books of this book club/lesson/school subgroup are not up to my expectations and still, whenever I see one, I have to read it sooner or later. When I read about The School Of Essential Ingredients I was curious and thought it might be uplifting to read a novel that takes you into the realm of food, cooking, spices and aromas during the bleak month of February. And for a change I was not disappointed. It is entertaining, charming and provides intelligent reflections on food and food preparation.

From the reviews I read, I know that some people had a problem with the form of this novel as each chapter is dedicated to another character. We only catch glimpses of their lives. Unlike in The Fiction Class that I enjoyed so much last year, there is no main character in this novel.

Lillian is a chef and owns an expensive and very exclusive restaurant. She organizes monthly cooking classes in which she teaches a very special form of cooking that is meant to inspire and transform. The beginning of every new class is exciting as people come for so many various reasons. Of course they want to learn to cook but they also want to make friends. Some only come because they were offered a voucher. Each person has their own dreams and sorrows that they carry with them.

Lillian is far more than just a simple cook. Already as a child she has learned that you can affect people if you serve them the right food. She did this when she managed to guide her own mother back into life. After having been left by Lillian’s father, her mother shied away from the world and withdrew into books. By cooking the right meal, choosing the right ingredients, Lillian achieved to pull her back into life, to make her notice the world around her and to participate again.

This is what she also does in her cooking classes. She has a good eye for people and studies her pupils closely. Through choosing the right menu, she manages to trigger something in them.

Each month is dedicated to another meal and another person. While they cook and discover new tastes and new aromas, the students are touched in a profound way, remember something of their past or discover new joys in the present.

There is Claire a young mother who rediscovers herself outside of her role as mother and wife and finds back to a more authentic, less limited perception of herself. Her dish is a meal of crabs and preparing it reveals to her an inner strenghth she didn’t know she had (It was a bit hard to read this chapter as the process of killing the crabs is described. Admittedly in a thoughtful and thought-provoking way.).

There is Helen, an elderly woman fighting the early signs of dementia or Alzheimer’s. During “her” evening they cook fondue. There are many others. Tom, a young man who is mourning his wife who was a chef herself, Antonia, an Italian interior designer and the elderly couple Helen and Carl.

At the end of the novel, the little group has become a group of friends who will probably go on seeing each other. Only Lillian hasn’t become a part of it a fact which fills her with an unfullfilled longing.

Susan Breen’s The Fiction Class, that I mentioned before, was completely focusing on the teacher. She was the central character who tied the stories together. This isn’t the case here. Although Lillian is a force, she stays in the background. She is like one of those ingredients in a dish that you only notice when they are absent. Maybe like salt.

I know that this approach didn’t work for every reader but I liked the stories and the descriptions of the aromas, ingredients and the setting and found the book to be positively enchanting. You can feel Erica Bauermeister’s inspiring love of food and especially Slow Food that she discovered during her stay in Italy.

Erica Bauermeister is the editor of 500 Great Books by Women and Let’s hear it for the Girls.  The School Of Essential ingredients is her first novel.

She has her own website on which you can find recipes and guest posts she has written for other bloggers. 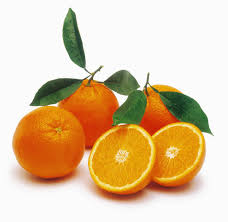