To be frank, this is a difficult post as I really struggled to finish this book. A few years ago I have read some books by Alice Walker. One of them was Possessing the Secret of Joy. The book tells Tashi’s story. Tashi is an Olinka woman – a people invented by Alice Walker – who has to undergo circumcision. I remember that I thought it was well done and a very important book. I didn’t know that Tashi already plays a role in The Color Purple. I think The Color Purple also contains a lot of topics that are still important today but it is a book I should have read as a teenager. Uncle Tom’s Cabin was one of the first books my mother read to me when I was a child, it made a big impression. If there wasn’t such a lot of violence and some explicit sex in The Color Purple it would be great for children as well. I’m too familiar with the topics by now to care much for the educational intention behind the story and the narrative voice – a childlike voice narrating the story in form of letters addressed to God and later letters addressed to a distant sister – annoyed me a lot. After a hundred pages I could hardly bear to go on reading. Still, as I said, the topics are important and some elements were interesting.

The most important topics are sexism and racism. Cultural heritage and religion. Slavery and freedom. Self-esteem and lack of confidence. Each character embodies one or more topics but with the exception of one of the central characters Shug Avery, the Blues singer and lover of Celie and Celie’s husband, all the characters undergo a journey from a fractured self to a complete self. Only Shug is fully herself from the beginning of the novel until the end and as such functions like a catalyst. She is also the only one who has the “true religion” or rather spirituality. A religion free of false patriarchal images, a religion which celebrates life and God in everything and everyone. This aspect of the novel is interesting and was glad to finally find out what the title of the novel means.

Listen, God love everything you love – and a mess of stuff you don’t. But more than anything else, God love admiration.

You sayin God vain? I ast.

Naw, she say. Not vain, just wanting to share a good thing. I think it pisses God off if you walk by the color purple in a field somewhere and don’t notice it.

Well, us talk and talk bout God, but I’m still adrift. Trying to chase that old white man out of my head. I been so busy thinking bout him I never truly notice nothing God make. Not a blade of corn (how it do that?) not the color purple (where it come from) Not the little wildflowers. Nothing.

Towards the middle of the novel, Celie discovers that her long-lost sister Nettie has been writing to her ever since she left. Her letters form an important part and if they hadn’t been so wordy they would have been a relief as they are not written in spoken language. Nettie’s letters give another dimension and add the topic of Africa to the novel. I’m surprised that there haven’t been a lot of critical voices mentioning the depiction of Africa in the book. Nettie goes to Africa as a missionary and describes in great detail the poverty and illnesses, the illiteracy, the patriarchal society which forces girls to undergo the painful and dangerous circumcision. What I found amazing is that Nettie sees a direct link between the fact that many African people have sold other Africans to whites as slaves and their poverty and illnesses.

Although Africans once had a better civilization than the European (though of course even the English do not say this: I get this from reading a man named J. A. Rogers) for several centuries they have fallen on hard times. “Hard times “is a phrase the English love to use, when speaking of Africa. And it is easy to forget that Africa’s “hard times” were made harder by them. Millions and millions of Africans were captured or sold into slavery- you and me, Celie! And whole cities were destroyed by slave catching wars. Today the people of Africa-having murdered or sold into slavery their strongest folks-are riddled by disease and sunk in spiritual and physical confusion. They believe in the devil and worship the dead. Nor can they read or write.

I can’t help it but this passage shocks me. Africa has no homogenous population. It hasn’t and has never had. Africa has always consisted of extremely diverse peoples, with different cultural backgrounds, social systems, governments, religions, etc. From the highly elaborate kingdoms to the hunter gatherer societies there was everything before the white people even arrived. The way this is treated in the book or in this passage makes it sound as if there was such a thing as THE African while there were and are so many different people. While, yes, certain African people were actively selling other Africans – mostly the coastal people sold those from inside the country, the lesser developed people – and without the assistance of Africans slavery wouldn’t have been possible, not everyone has partaken in this. This is simplifying and distorting history. The end of the big cities was brought upon them by the whites. As developed as Africa was, in art and culture, they had no pistols or guns or any such weapons and were brought down relatively easily by a small number of white traders and explorers.

All in all, as I mentioned before, the narrative voice annoyed me. It was very repetitive. I also thought there was much too much in this book. Celie’s and Shug’s story would have been sufficient. There was no need to add a sister who travels to Africa as a missionary. It’s as if she had wanted to touch upon each and every subject related to or important in the life and history of Afro-American women. It may be mean to say so but I don’t think this would received a Pulitzer if it had been published now and not 30 years ago.

As I wanted to read more African – American authors this year, I’m glad I’ve read it but I’m sure, I’ll pick Zora Neale Hurston or one of the novels by Toni Morrison I haven’t read yet, next.

I have read The Color Purple for the readalong hosted by Bettina (Liburuak). If you’d like to read other’s impressions here are the links.

Let me end this post on a provocative note and add a question for the readalong participants or anyone who has read the book.

After having read The Color Purple, do you really consider this to be a classic or is it not rather just a very famous book?

With my own Literature and War Readalong and Carl’s Once Upon a Time Challenge which has just started, April and May look like busy months but in a very good way. Since I’m quite excited about some of the events I wanted to share them with you. There are some great readalongs taking place and it would be nice if the one or the other reading this would join as well.

The first readalong is Frank Delaney’s Ireland which im going to read together with Mel u from The Reading Life. The choice is inspired by his Irish Short Story Month. We will read and post on it either in week 2 or 3, in April. Should you want to join us, please leave a comment on my or Mel’s blog.

Emma from Book Around the Corner is hosting a yearlong book club and I’m going to join for the next book which is Tracy Chevalier’s Remarkable Creatures. The readalong takes place on Thursday, April 26. 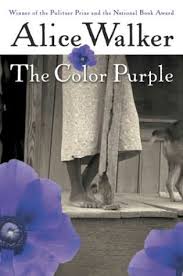 In May I’m going to join Bettina (Liburuak) for a readalong of Alice Walker’s The Color Purple. The readalong takes place on May 31st. Details will be announced on Bettina’s blog, beginning of May.

As you know, Muriel Spark week, hosted by Simon (Stuck in A Book) and Harriet (Harriet Devine’s Blog) is going to take place from April 23 – 29.

Open Road Integrated Media has just released eight of Muriel Spark’s novels and I’m very glad that I have the opportunity to give away two e-books.

The first e-book I’m giving away is the famous The Prime of Miss Jean Brodie. It’s a book I personally liked a lot.

If you would like to win this e-book, just leave a comment. The giveaway  winner will be announced next Tuesday, April 3 2012.

As I said before, Open Road Media offers two e-books. Which one will be the second book is up to you, that’s why I included a poll. Please vote for the second book you would like to be given away.

Please don’t click the category “other”. I couldn’t get rid of it but it doesn’t exist.

The book with the highest poll result will be given away next week.

The poll has been moved and can be found here