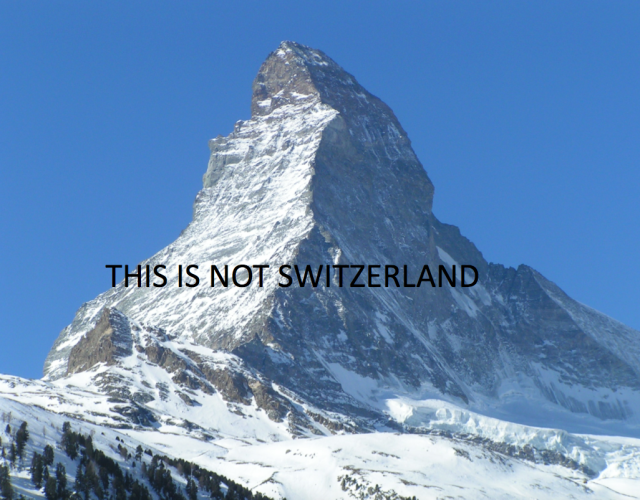 I’m baffled to say the least. I don’t think I’ve ever come across a story with more factual errors. Since I haven’t read a lot of Ann Patchett’s work, I was glad to see that the September issue of One Story featured her short story “Switzerland”. To be entirely honest, I found the title a bit odd. Did she really write a story about Switzerland? Or is it only a setting? I’m not sure why, but I immediately found it a bit problematic to give a story the title of a whole country. Just imagine I would set a story in Rome and call it “Italy”. Be it as it may, I was willing to give it a try and expected to enjoy it.

The story can be summarized quickly. Teresa is a seventy-something woman from LA who just retired. One of her children, Holly, has been living in a Zen community in Switzerland for over twenty years. Teresa’s only seen her very rarely. Her decision to travel to Switzerland and not only visit her daughter but be part of the Zen community for a few weeks, eat, live and meditate with them, is major.

The stay at the Zen community is a life changer and will help Teresa come to terms with things that have happened in the past. So far so good, and I’m pretty sure, I would have liked this story if there hadn’t been so many errors and clichés. And not just little things but big things that annoyed me a great deal.

What kind of errors and clichés you may wonder. Here goes

One or two internet searches and these errors could have been omitted. Teresa could have landed in Zürich. The sticks could have been made of some other wood. She could have chosen between the newspapers NZZ and Weltwoche – far more believable in this context. Upon seeing the mountains she could have thought of Meinrad Inglin or Charles Ferdinand Ramuz. Instead of Toblerone, she could have eaten a Kägi fret. Or bought Ricola instead. And what if she’d stepped off the plane saying: “Wow, I never expected Switzerland to be this warm in September.” That would have been a nice foreshadowing of the upcoming changes in her perception. Alas!

I’m not normally hunting for errors  and clichés but these mistakes are huge and annoying. How did they get past the editor? Or are these just liberties she’s taken? If that were the case, I’m not sure why she would do that. Many readers enjoy discovering other countries via literature. As an author you have a duty towards those who are not familiar with a setting—don’t misinform them.

How do you feel about such errors/liberties?

69 thoughts on “How Do You Feel About Errors and Clichés in Short Stories? or Some Thoughts On Ann Patchett’s Switzerland”