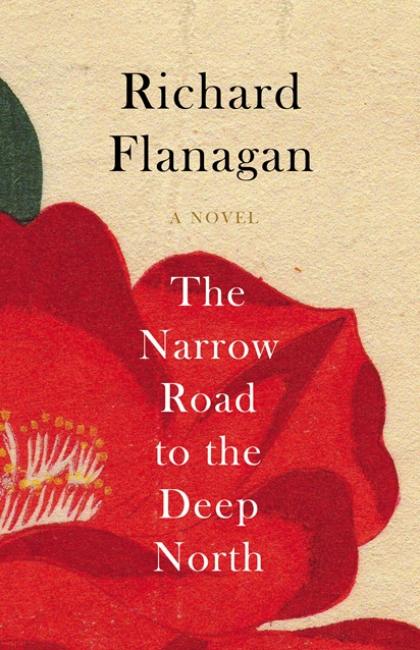 In December I left an overhasty comment on Bellezza’s blog (here). She’d reviewed Richard Flanagan’s Booker Prize winning novel The Narrow Road to the Deep North, saying that it was very hard to read. I was about 100 pages into the novel and commented that I didn’t think it was all that bad. Unfortunately, I still had 350 pages to go and those were anything but easy. They were extremely hard and I kept on wondering “Why am I reading this?”. I’m not sure why I thought like that. I’ve seen many movies on POWs, have read more than one book and never had this reaction. It wasn’t even anything new. I was familiar with what the Japanese did to their prisoners. I knew about the vivisection on American soldiers. I just felt that it’s too much. Too graphic. After I finished the book I chatted with Vishy about it and he told me that Claire had written about the book (here), having a similar reaction. She couldn’t even finish it. I’m still not entirely sure why I reacted like this. I just know that I didn’t get anything out of reading this novel. If it hadn’t been for the brittle writing style and the mostly non-linear structure, which I both found very engaging, I would have given up. And I bought a hardback. It’s one of a few rules I try to stick to; if I buy a hardback, I finish it. I think I have to stop buying hardbacks.

The largest part of The Narrow Road to the Deep North tells the story of the surgeon Dorrigo Evans. Before the war he’s engaged to Ella but just before being shipped overseas he meets his uncle’s young wife Amy and falls in love with her. The love affair is intense and passionate and will haunt him all through the war years and even after the war. There’s a reason why they don’t get together at the end of the war and this plot line was the one I liked best because it illustrates so well how sometimes a whole life can take another turn just because of some small element.

The book is divided into several parts, one of which tells about Dorrigo’s time as a prisoner of war on the Burma Death Railway. In this section, like in the sections in the last part, the point of view changes from one Australian prisoner to the next, and from one Japanese officer or guard to the next. The parts told from the prisoner’s point of view are awful. The descriptions of the horrors, the beatings, the wounds, infections, illnesses  . . . they are so detailed and graphic, it’s too much. And the parts told from the point of view of the Japanese are very disturbing. I’ve never read anything as disturbing as that. We are in the mind of monsters who believe they are superior beings, who go on and on about honor and shame, who constantly rationalize their evil deeds and sadism,  and find not only excuses but reasons that make them believe they are “good men”.

On returning to the camp late that afternoon, Colonel Kota gave Nakamura a dressing down, his rage driven by his own shame at having forgotten a haiku and thus having been unable to behead a prisoner—and this in front of a Korean guard. In turn deeply ashamed, the Japanese major found the Korean sergeant whose name he could never remember, slapped him hard a few times, got the name of the prisoner who was apparently—of all things—hiding out in the hospital, and ordered a parade to be called and the prisoner to be punished in front of the assembled POWs.

After the war Dorrigo gets married to Ella, becomes a famous surgeon and turns into a philanderer.

He (Dorrigo after the war) was a lighthouse whose light could not be relit. In his dreams he would hear his mother calling to him from the kitchen: Boy, come here, boy. But when he would go inside it was dark and cold, the kitchen was charred beams and ash and smelt of gas, and no one was home.

In the last part we’re spending a lot of time in the mind of the Japanese war criminal, officer Nakamura. And once again that’s even more disturbing than anything else.

Flanagan’s writing style and the way he structured the first parts of the book made me finish it. It’s his strength of writing vivid scenes and descriptions that made the book worthwhile, but at the smae time these qualities also made it extremely hard to read. It’s debatable how graphic and explicit a novel should be. I think he did the right thing in being this explicit, only, I didn’t want to read it. Not at this time. However, I have other points to criticize. The book is too long. The last part felt as if he wanted to add too much. We didn’t need to read about the vivisections and there was a scene involving a fire, almost at the end, that I found superfluous as well. As if Flanagan didn’t exactly know when and how to end the book.

The brittle, vivid style makes me want to pick up another of his novels. But I wish I hadn’t read this one.